Wind farms can bring down property prices, government officials have accepted after downgrading the official valuation of several homes close to turbines. 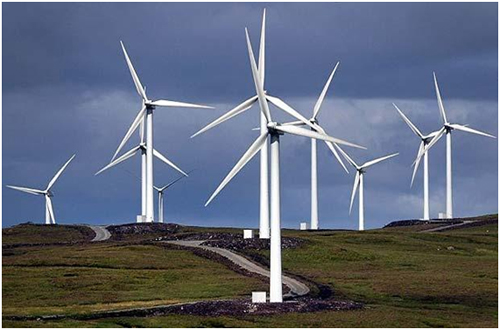 The decisions by the Valuation Office Agency (VOA) to move certain houses close to wind farms into lower council tax bands are the first official recognition that the turbines can lower the value of nearby homes.

Although property experts have long acknowledged the harmful effect of wind farms on property prices, the association has until now been dismissed by the wind industry as conjecture.

In one recent case a couple saw the value of their home 650 yards from the Fullabrook wind farm near Braunton, Devon, fall from £400,000 to £300,000 according to a local agent’s estimate.

The couple, who were not attempting to sell their house, told the VOA that the persistent whooshing noise caused by the turbines and the visual intrusion – including a flickering shadow when the sun is directly behind the blades – made their property less valuable.

The VOA accepted their argument and agreed to move the property from council tax band F to band E, amounting to a saving of about £400 a year, the Sunday Times reported.

At least three other properties have been moved into lower tax bands upon appeal to the VOA, although there were other factors at play in each case, it was claimed.

A report by the Royal Institute of Chartered Surveyors and Oxford Brookes University in 2007 suggested there was no clear relationship between the proximity of wind farms and property prices, and suggested that this may be an urban myth with apparent changes in value disappearing when examined closely.

The study looked at transactions of residential property near wind farms at two locations in Cornwall, and found that while terraced and semi-detached houses within a mile of one of the wind farms were lower in value than similar houses at a distance of four miles, other factors influenced the devaluation: the houses in question were ex-Ministry of Defence properties and were less desirable.

The study found no change in property prices beyond one mile from the wind farms.

However the following year Jane Davis won a discount on her council tax because her £170,000 home had been rendered worthless by a turbine 1,000 yards away.

The ruling wasn’t the first official admission that wind farms, which are accused of spoiling countryside views and producing a deafening roar, have a negative effect on house prices.

At the time Mrs Davis said: “For people living near wind farms, both now and in the future, it will be a disaster,” she said.

“There are many, many people living in Middle England who have worked hard all their lives and yet will see the values of their homes suddenly diminish.

“This isn’t about Nimbyism, but the rights of ordinary people to live a normal life.”

Mrs Davis and her family were forced to move into a rented house because the noise of the blades was so severe.